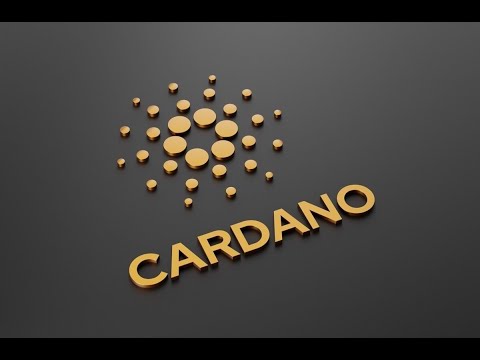 Cardano (ADA), a so-called “Ethereum Killer,” has broken above the USD 1 mark following the news that major crypto exchange Coinbase would expand staking offerings to include the cryptocurrency. Looking at the price at 10:02 UTC, over the past 24 hours, the seventh coin by market capitalization ADA has rallied to USD 1.13, gaining 16.5%. In the past week, the price is up by 35.3%. The rally comes as US-based cryptocurrency exchange Coinbase is slated to offer around 3.75% annual percentage yield (APY) for staking ADA. Prior to this, individuals had the option to stake cardano either on their own or via a delegated staking service. However, the process may have been confusing.”With today’s launch, Coinbase is offering an easy, secure way for any retail user to actively participate in the Cardano network and earn rewards,” Coinbase said in the official statement. As of now, the estimated annual return for cardano staking is around 3.75% APY, though rates are set by the Cardano network and can change depending on the number of staking participants. Basically, the higher the number of participants, the lower the APY rate — and vice versa. Coinbase detailed that ADA stakers would be able to receive rewards every five to seven days as soon as the initial holding period completes, which is between 20 and 25 days. Additionally, users will maintain full control of their ADA holdings and would be able to opt out any time they want. The 3.75% APY rate is notable given that the US Federal Reserve has been keeping its benchmark interest rate anchored near zero since the COVID-19 pandemic struck. With the recent 25 basis point hike, interest rates have now entered into the range of 0.25% to 0.5%. This is still far from Coinbase’s pledged near 4% APY rate. Learn more:- No New All-Time Highs This Year for Cardano, But Price Could Surge by 2030 – Survey- Number of Devs on Solana, Polygon, Cardano & Co Growing Faster Than on Ethereum- Staking in 2022: Ethereum’s Merge, Institutions, Layer-2, and Liquid Staking- Layer 2 in 2022: Get Ready for Rollups, Bridges, New Apps, Life With Ethereum 2.0, and Layer 3- Reports That IRS Won’t Tax Staking Rewards Create Legal Confusion in US; UK Taxman Updates Its Own Guidance- Tezos Staking Couple Ramps Up Pressure on US IRS with New Legal Brief