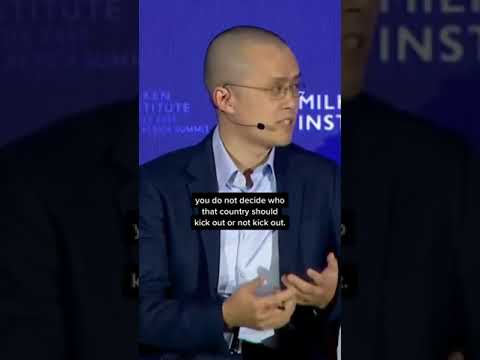 The chief executive of the largest online exchange for cryptocurrency, Binance, took aim at economist Nouriel Roubini after he called Changpeng ‘CZ’ Zhao and his exchange a ‘walking time bomb.’

Roubini described crypto and some of its major players as an “ecosystem that is totally corrupt.”
Zhao’s response to the criticism was simple: “We don’t care,” he told CNBC’s Dan Murphy.

“Negative energy doesn’t make it far in life and those people will generally stay poor,” he said.
#Shorts

CNBC InternationalNovember 26, 2022
15 Less than a minute