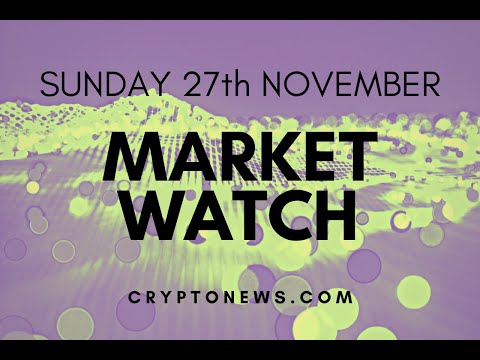 The leading cryptocurrency, Bitcoin, failed to break above the $16,800 level on November 27 and began to fall toward the 38.2% Fibonacci retracement level. Similarly, the second most valuable cryptocurrency, Ethereum, has followed Bitcoin’s lead and is trading bearishly above $1,200. Major cryptocurrencies were trading lower early on November 27 as the global crypto market cap fell by 0.16% to $840.32 billion on the previous day. Over the last 24 hours, overall crypto market volume fell 10% to $33 billion. DeFi’s total 24-hour volume is currently $2.74B, accounting for 8% of the crypto market. The overall volume of all stablecoins is now $31.69 billion, accounting for 93.28% of the total 24-hour volume of the crypto market. Let’s take a look at the top 24-hour altcoin gainers and losers. Apecoin (APE), UNUS SED LEO (LEO), and Huobi Token (HT) are three of the top 100 coins that have gained value in the last 24 hours. The APE price has soared by more than 15% to $2.75, the LEO price has grown by more than 8% to $4, and the HT price has increased by nearly 6.5%. Trust Wallet Token (TWT),  BinaryX (BNX), and Synthetix (SNX) are three of the top 100 coins that have lost value in the last 24 hours, where TWT has lost over 8% to trade at $1.95, BNX is down 4% to trade at $148. At the same time, SNX’s price is down over 4% to trade at $1.68. Ava Labs’ president John Wu has recently stated that the collapse of a major digital asset lender would have more severe consequences for the crypto markets than the recent FTX debacle. According to a recent interview conducted by Bloomberg, Ava Labs president John Wu cites the potential collapse of Genesis Global Capital as a greater threat to the digital asset markets than the failure of the FTX exchange.“In my seat, I actually think Genesis is a bigger issue in terms of the capital markets of crypto than even FTX. Genesis was the largest lender out there. They’ve done unsecure as well as collateralized lending. There’s really no one else doing that lending. Without them in the markets, all the people in the value chain, all the companies like market makers who need to borrow in order to do market making, you’re going to see liquidity get sapped out of the markets, spreads widen, no investors want to come in and you have a vicious cycle. So, Genesis is a very important part of the crypto capital markets.”Earlier in November, news surfaced that Genesis had temporarily blocked withdrawals due to liquidity issues following the collapse of FTX and crypto hedge fund Three Arrows Capital (3AC). Another report from last week indicated that before Genesis froze withdrawals, it had asked investors for a $1 billion loan to cover an unexpected expense. After the FTX went down, Binance CEO Changpeng Zhao (CZ) issued a rallying cry, demanding that other exchanges show their financial strength. Binance released its Proof-of-Reserve (PoR) mechanism on November 25 after most CEXs adopted his recommendations.