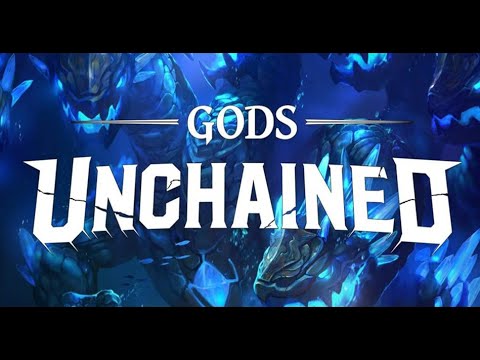 Subscribe to the channel Now ♥
.
.
Gods Unchained Price Prediction: 4 Reasons Why GODS is Up 27% Today

One of the most popular online trading card games, Gods Unchained, is up 27% to $0.3886 due to a string of positive fundamentals. Gods Unchained has recently announced a special promotion for GameStop’s most dedicated and competitive customers, PowerUp Rewards Pro members.

With over 500,000 active users, Gods Unchained is a free-to-play strategic card game that places real value on individual possessions. It’s a chance for Web3, a trading card game, to reach out to GameStop’s most dedicated consumers and invite them to join the game’s ecosystem.

The reasons why GODS is increasing today are as follows.

Immutable X and Rarible Work Together to Expand the Market for Gaming NFTs
Rarible, an NFT exchange, announced on September 13 that it had merged with Immutable X, an Ethereum Layer-2 rapid-scaling solution, to add gaming NFTs to the platform. Blockchain gamers and NFT collectors can now use Rarible to buy and trade high-quality gaming NFTs from popular Immutable X-based games and projects like Gods Unchained.

— Immutable 🅧 – $IMX (@Immutable) September 13, 2022
By integrating, Gods Unchained will be able to use Immutable X’s low-cost and carbon-neutral economy when they debut on Rare. Furthermore, crypto novices may use the low transaction costs and fast transaction speeds to buy and sell NFTs from their favorite collections.

Partnership with GameStop
Gods Unchained has announced an exclusive program for GameStop’s PowerUp Rewards Pro program members. By taking advantage of this opportunity, the Web3 trading card game hopes to reach out to and welcome the most ardent GameStop customers into the card game’s ecosystem. Months after entering the web3 market, GameStop announced a partnership with Gods Unchained.

According to sources, the codes will be distributed beginning September 27, 2022. Chris Clay, the CEO of Gods Unchained, believes that the time has come for members of the exclusive membership program to sign up for the platform, and he teases that there will be more.

New NFT Trading Cards
Gods Unchained announced that NFT trading cards would be available at GameStop. Members of its loyalty program would benefit as the traditional store attempts to expand its presence on the cryptocurrency-focused web.

Gods Unchained is a free-to-play strategy card game with over 500,000 players that gives players genuine ownership of their in-game possessions. So, it’s a chance to bring GameStop’s most dedicated and competitive players into the growing Gods Unchained world.

— Gods Unchained (@GodsUnchained) September 17, 2022
GameStop’s PowerUpPros will receive a code for purchasing God’s Unchained expansion packs. Furthermore, each pack will include a collection of collectible NFT trade cards that pros can use to build tactical decks while honing their skills in spirited multiplayer matches. Pros will be able to trade, sell, and use their cards as they see fit, and new cards will be unlocked simply by playing the game.

This hybrid of the immutability of physical, tangible cards and the convenience of digital collectibles will provide professionals with the best of both worlds.

P2E Feature
Gods Unchained has announced the launch of its Daily Play and Earn feature. Previously, instead of GODS, gamers would frequently receive cards as rewards. As a result, the P2E feature has altered everything in Gods Unchained………………..