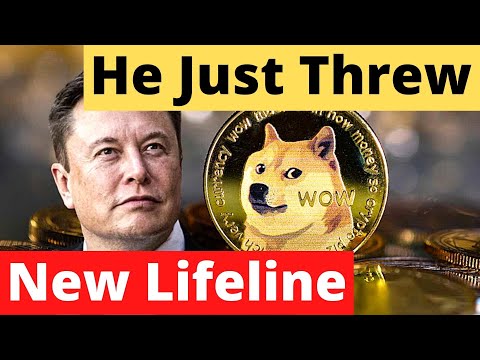 Dogecoin quickly rose 7% to as high as 8.3 cents per coin before giving up some of its gains.

But not all of Musk’s followers favor his move to sell Tesla and SpaceX merchandise with Dogecoin.

“Elon, while I am a big fan of capitalism since America invented it, I don’t support accepting glorified online Chuck E Cheese tokens for your merchandise. Cryptocurrency isn’t real money. The US Dollar is the most valuable currency on earth,” wrote one of his Twitter followers, named Three Year Letterman.

Others say the best thing about the dollar is you can trade it in for a dollar’s worth of gold at the treasury. It’s backed by something real, unlike bitcoin.

“Hate him or love him, but there’s no doubt that Elon Musk is one of the greatest influencers and innovators of the 21st century,” said Tammy Da Costa, an analyst with DailyFX. “With his extravagant ideas and his ‘subtle’ innuendos, Tesla’s CEO and founder of SpaceX also played a major role in promoting the adoption of bitcoin as a means of payment, driving the price of the original crypto just below the $65,000 handle in April last year.”

In an article, published in TheStreet.com, Tony Owusu reminds the readers that Musk has suggested that Twitter could improve by adopting a subscription model, which he called Twitter Blue and that subscribers should be able to pay in dogecoin.

This is Armen Hareyan from Torque News. Please follow us at https://twitter.com/torquenewsauto on Twitter and https://www.torquenews.com/ for daily automotive news.