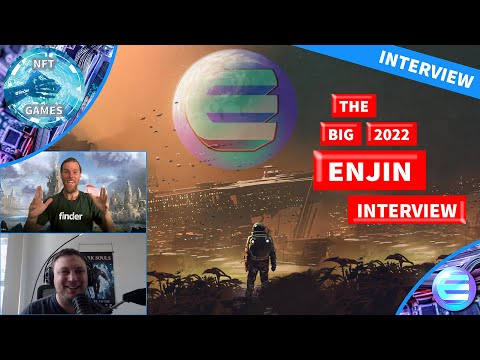 Enjin is one of the OGs of the NFT gaming scene. The company, led by its Enjin Coin (ENJ) and innovative ERC standards, has become the platform of choice for over 100 P2E game projects. This includes big names like CryptoBlades, Age of Rust, 9 Lives Arena and Block Trucks. They’ve also launched the Efinity Parachain on Polkadot, firming up the company’s vision for the metaverse. With so much going, Finder’s gaming expert Chris Stead caught up with Enjin’s Jeremy Ray, aka Junglist, to catch up on the role it’s playing in the future of NFT games.

How to buy Enjin token =
Learn more about NFTs =

DECENTRALAND (MANA) AND ENJIN (ENJ) HAVE 100X POTENTIAL! (Get In Early)

WHAT IS Enjin Coin Crypto?