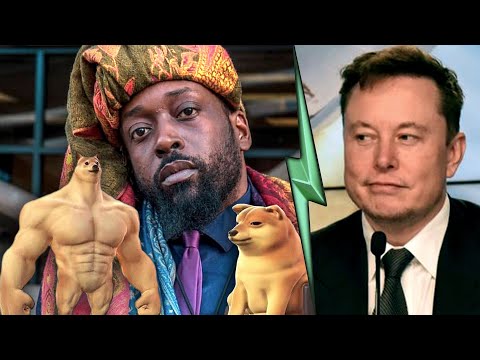 This lecture details how a DC rapper called Mental Stamina used his own low market cap Cult Coin theory to predict the rise of Dogecoin in 2018 and the Shiba Inu coin craze in February of this year well before billionaire Elon Musk’s now famous “I’m getting a Shiba Inu” tweet (that many coin buyers saw as a possible cryptic message about the “next” arbitrary doge meme coin called Shiba Inu aka $SHIB). The crypto guru rapper had been teaching his students about the wonders of focusing on low market cap coins as opposed to following the masses, whales and corporations into the billion dollar coin market.
This lecture covers numerous topics relating to the history of the Doge Meme craze (we didn’t forget Cheems, Snoop Doge and Swole Doge), to the “Day of the Doge” yesterday where Dogecoin saw a plus 200% spike and Shiba Inu coin hit plus 500% in 24 hours and the extremely trendy NFT (Non Fungible Token) movement ranging from MF Doom’s NFT interactive 3d Mask to Grimes’ NFT Album collection which recently sold for upwards of 6 million dollars. At the close of the lecture we calculate what an investor would have actually made if they had followed Mental Stamina’s advice in February and invested in Shibu Inu when it was only .00000001 usd for one coin to yesterdays peak where one of the coins was worth about .00000300 which is a 300x extreme increase. If one were to have followed his advice and invested just 100 bucks in february, 100 x 300 = 30,000 …a 1k investment would calculate to 1000 x 300 or 300,000 and a 10k investment would calculate to 10,000 x 300 or about 3 million us dollars. Will the crypto industry bust? Given the trillions of dollars that are on these coins, we don’t think crypto is a fad; we feel its clearly the future. Mental Stamina also has an album dropping soon featuring artists like the complex melodic pattern pioneer/ legend Mykah 9 (Freestyle Fellowship) as well as Cambatta of the Blackmagik363 camp.