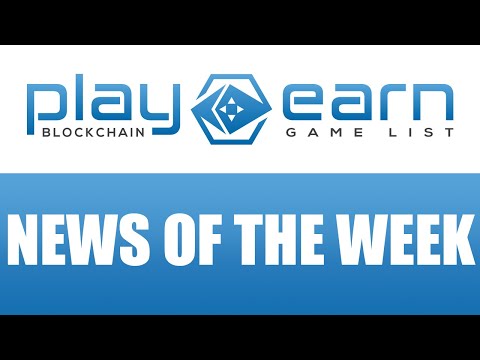 From companies announcing their blockchain gaming plans to collaborations about building a K-drama metaverse, here’s a recap of everything that happened in the play to earn gaming scene this past week!

Disclaimer:
The information provided in our videos do not constitute investment advice, financial advice, trading advice, or any other sort of advice and you should not treat any of the video’s content as such. PlayToEarn does not recommend that any cryptocurrency or non-fungible-token should be bought, sold, or held by you. Trading is a highly risky activity that can lead to major losses, please therefore consult your financial advisor before making any decision.

BEWARE OF SCAMMERS IN OUR COMMENTS AND COMMUNITY CHANNELS

coinmarketbag
Back to top button
Close