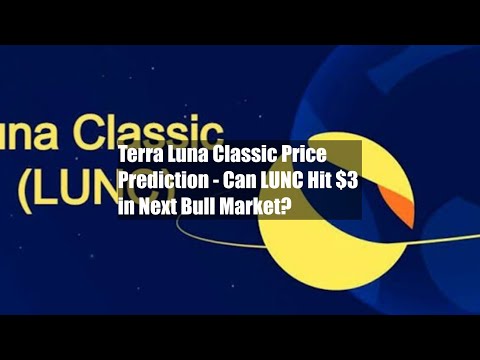 The Terra Luna Classic price prediction is bearish, as the LUNC/USD pair has fallen below $0.000169, a support level extended by an upward trendline. The cryptocurrency market has recently been harsh on investors, with most cryptocurrencies unable to produce gains due to liquidity issues at FTX, Genesis, and many other crypto exchanges.

Terra Classic (LUNC) witnessed a slight price increase, bucking the trend of other large market-cap cryptocurrencies. According to CoinMarketCap data, the price of LUNC increased by more than 2% during the European session.

It was trading at $0.0001642 as of this writing, giving it a market cap of $982 million. Fear, uncertainty, and doubt (FUD) are still present in the market, so trading volume has dropped and has stayed below $1 billion.

Law enforcement agents in Singapore have reportedly opened an investigation against the troubled crypto lender Hodlnaut. The company’s management are suspected of committing fraud and other crimes over the years.

An investigation into Hodlnaut’s possible complicity in cheating and fraud was reportedly initiated by Singaporean authorities, as reported by Bloomberg.

As a result of multiple reports, the company’s directors have been called out for “false claims relating to the company’s exposure to a certain digital token.” In August, the bitcoin lending platform in Singapore suspended withdrawals, deposits, and token swaps due to “challenging market conditions.”

About 80% of its staff was let go, and interest rates were lowered, all within the span of a week after service was temporarily halted.

In an effort to “rehabilitate” the company and avoid a forced liquidation of its assets, Hodlnaut requested judicial management from the Singapore High Court.

What Is Hodlnaut’s Relationship to Terra Luna Classic?.

Hodlnaut was among the many victims during the catastrophic Terra crash in May of this year. The company’s exposure to the algorithmic stablecoin UST resulted in a loss of $190 million. The cryptocurrency lending platform may have been concealing information from its customers.

According to Bloomberg’s findings, many business employees destroyed over a thousand “essential” papers that could have provided evidence of the vulnerability.

There was widespread panic among investors and market turmoil as Terra’s native token, LUNA, and stablecoin, UST, both crashed to near zero. Several accounts confirmed that some people’s multimillion-dollar losses led them to take their own lives.

On the technical front, the LUNC/USD is bearish after breaching the $0.00016 upward trendline support level.

Closing candles below this level have the potential to drive the bearish trend until the $0.00011 level.

The RSI indicates a selling trend, while the MACD signals a bullish trend. In addition, the 50-day moving average is indicating a bearish trend under $0.00022, which is acting as a resistance for the time being.

Despite the fact that the cryptocurrency market is currently bearish, the three coins on presale listed below have greater upside potential.

Dash 2 Trade is an Ethereum-based trading intelligence platform that provides traders of all skill levels with real-time analytics and social data, allowing them to make better-informed decisions. The platform will go live in the first quarter of 2023, providing information to investors to assist them in making proactive trading decisions.

After raising $7 million in just over a month, Dash 2 Trade, a platform for crypto trading intelligence and signals, has piqued investors’ interest. As a result, the D2T team has decided to abandon the project at stage 4 and reduce the hard cap target to $13.4 million.

Dash 2 Trade has also been a success, with two exchanges (LBank and BitMart) pledging to list the D2T token once the presale is over. 1 D2T is currently worth 0.0513 USDT, but this will rise to $0.0533 at the end of the sale.

D2T has raised more than $7 million so far by selling more than 83.5% of its tokens.