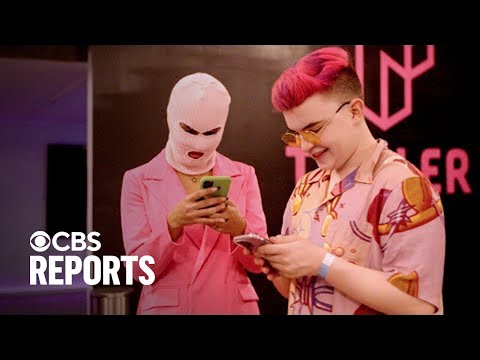 This CBS Reports documentary is an immersive look into the lives of early adopters of the metaverse — both real and virtual — on their quest to create a new path to wealth.

When most people think of the metaverse, they might think of office workers wearing VR goggles at home to attend meetings in a virtual conference room. But this new evolution of the Internet is so much more. Users can buy and sell virtual land with real money, create and trade NFTs, and explore a new frontier with opportunities yet to be imagined. But like all economic booms, the metaverse is not without risk. Cryptocurrencies are volatile and assessing value in this virtual Wild West is uncertain, so early adopters could win big or face crushing losses.

Watch “Welcome to the Metaverse” on CBS News, Paramount+, or by downloading the CBS News App.

CBS Reports is our premium documentary series that is sure to challenge your views on this and a variety of other issues. See our full series library at cbsnews.com/cbs-reports

How The Metaverse, Crypto and Web3.0 Can Save The World: Yat Siu